The agricultural sector is the backbone of Kenya’s economy, contributing 26% of Kenya’s GDP (Kenya at a glance | FAO in Kenya | Food and Agriculture Organization of the United Nations). According to FAO, “the agricultural sector employs more than 40% of the total population and more than 70% of Kenya’s rural people”. It is significant to note that smallholder farmers play a vital role in strengthening food security in Kenya.

In addition, African Indigenous Vegetables (AIV) are crops that are rich in micronutrients, have many health benefits and have the potential to support food and nutrition security in Kenya, particularly for low-income households. But there are inefficiencies in the value chains and wider food systems, these circumstances are currently overshadowing the benefits of AIV, particularly in rural Kenya. 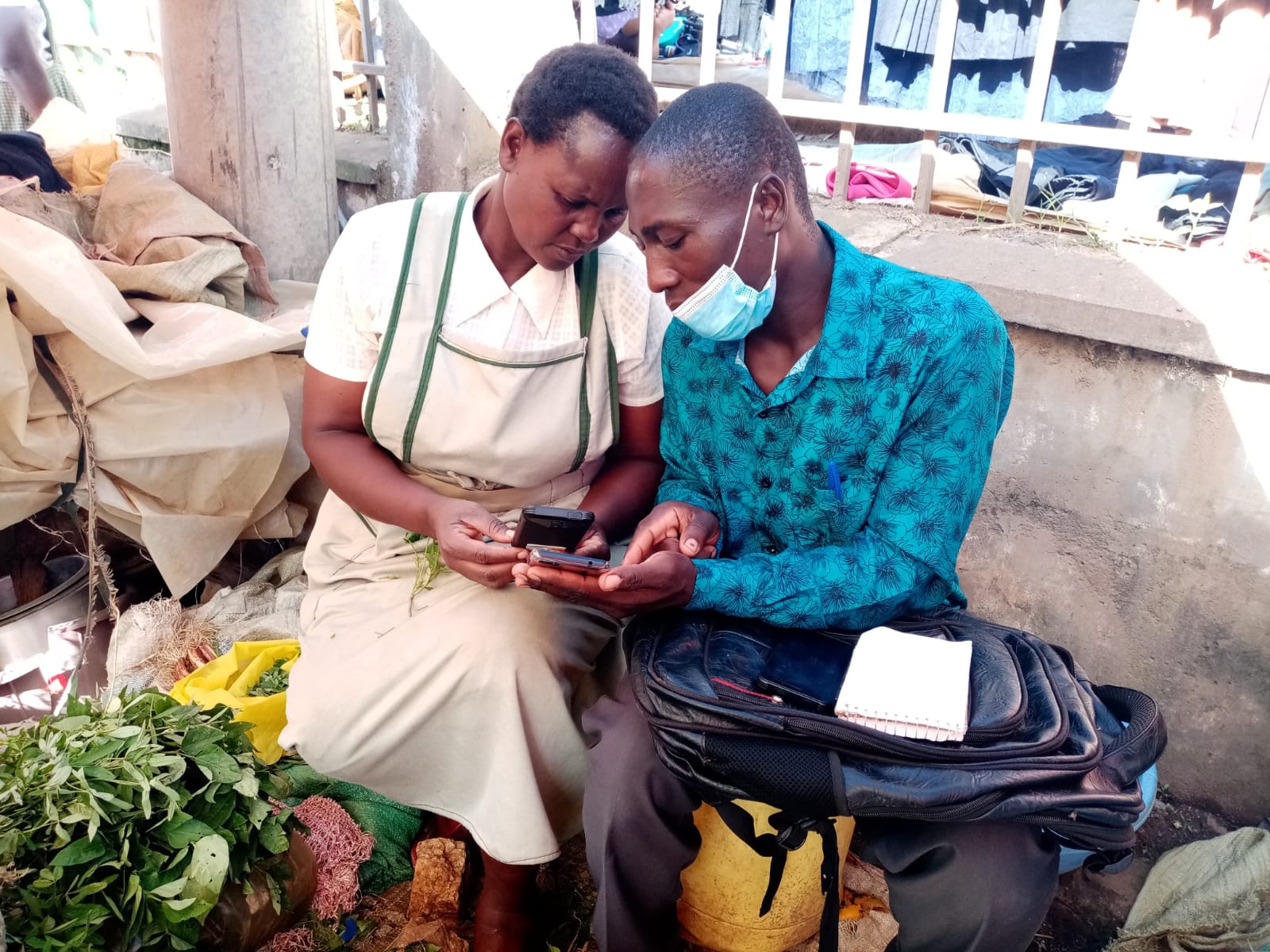 To overcome those challenges AgUnity partnered with Virginia Tech and Egerton University to deploy blockchain technology to promote the production and consumption of AIV. AgUnity’s digital solution aims to support farmers in remote areas since they have been left behind by most technological advances and digital services. Consequently, the value chain actors in the remote area do not have access to financial services and information needed to improve both their product and productivity.

AgUnity’s digital solution consists of a rugged smartphone, digital ID cards, survey applet, and a “Super-App”. Moreover, the AgUnity v3 app is designed to be adapted into any value chain context. It is significant to highlight that the app has been specifically designed to tackle problems for farmers in the last-mile community. The common issues which are resolved are the security of transactions, connectivity between value chain actors using a simple design and being cost effective so that everyone can use it.

Using AgUnity can improve the transparency between AIV value chain actors because of the secure and accountable transaction. It can mitigate corruption and promote cooperation between farmers, cooperatives and other stakeholders in the AIV value chain. In addition to that, farmers can record their transactions and income in the app. This leads to building a credit profile that enables farmers to access financial services like banking and loans.

This project was funded by USAID through LASER PULSE and it was conducted between September 2020 to December 2021. AgUnity v3 app is implemented in the AIV value chain in Kakamega, West Kenya. There were 58 users including producers, supply chain actors, retailers and consumers. In this project, AgUnity also intends to provide secure transaction records and build individuals’ financial literacy. 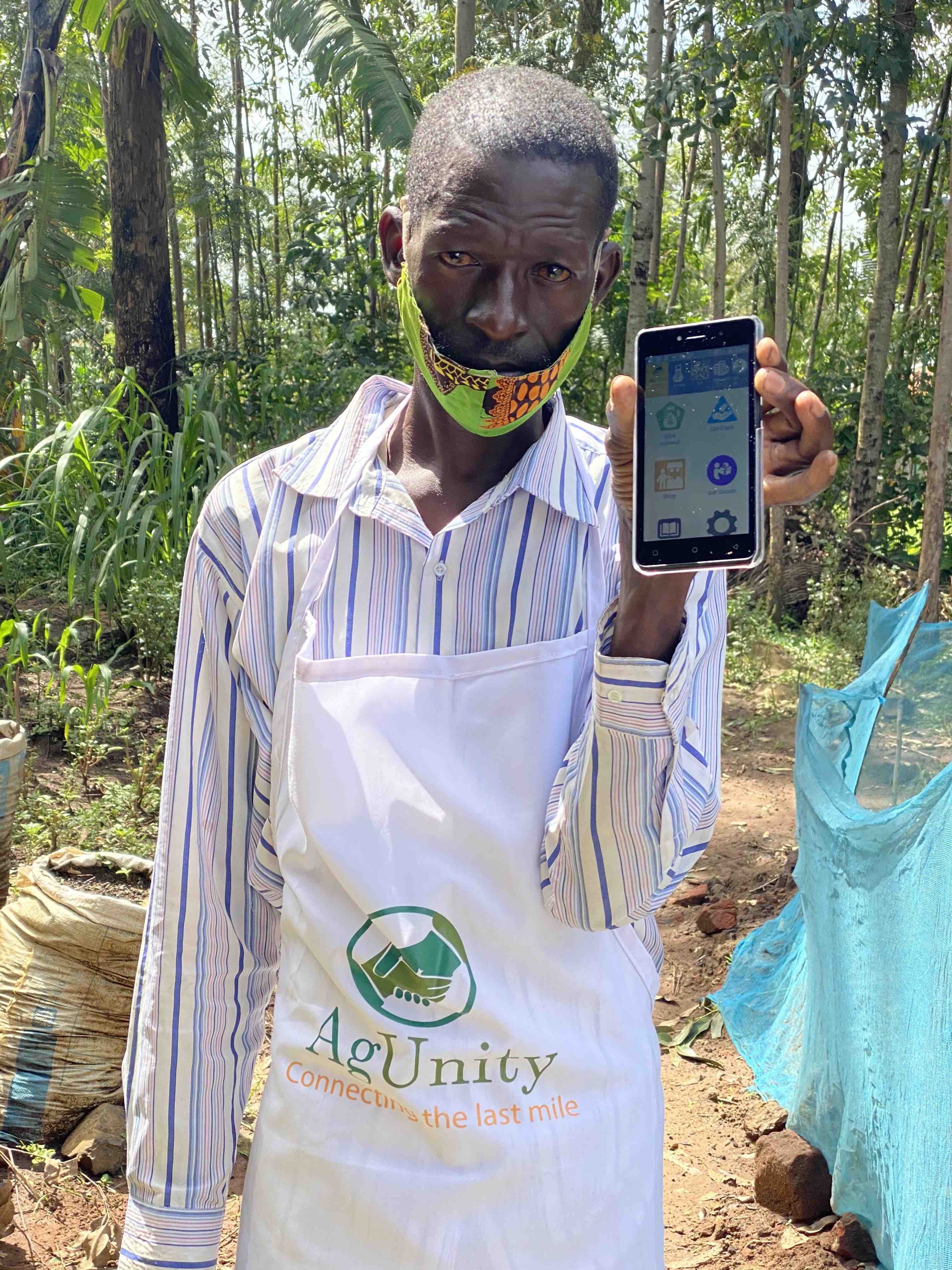 The Impact of AgUnity Solution

The baseline survey shows that 90% of smallholder farmers in the AIV value chain never record their transactions. Moreover, they often lose track of their profit and they do not have a history of past AIV sales. However, when the value chain actors use the AgUnity v3 platform they can track all of their sales and purchases reliably. It leads to a change in their financial behaviour which will improve how they manage their agribusiness finances in the future.

Prior to the deployment, the AgUnity team learned that AIV farmers, traders and retailers in Kakamega intend to build farmer groups but the tools to support this idea are unavailable. Through the user experience journey mapping, the AgUnity team were able to tweak the design structure to effectively serve the group and dynamic. Initially, there was only one farmer group formed but after six months three more farmers farmer groups were established.

Moreover, farmers no longer need to walk around the market looking for buyers, because they can arrange the time of AIV pick-ups and settle on prices through the app, creating reliable and efficient lines of trade. After six months of usage, farmers also claimed that their income increased by 20% because of the improvement in AIV quality and stability that the value chain offers. 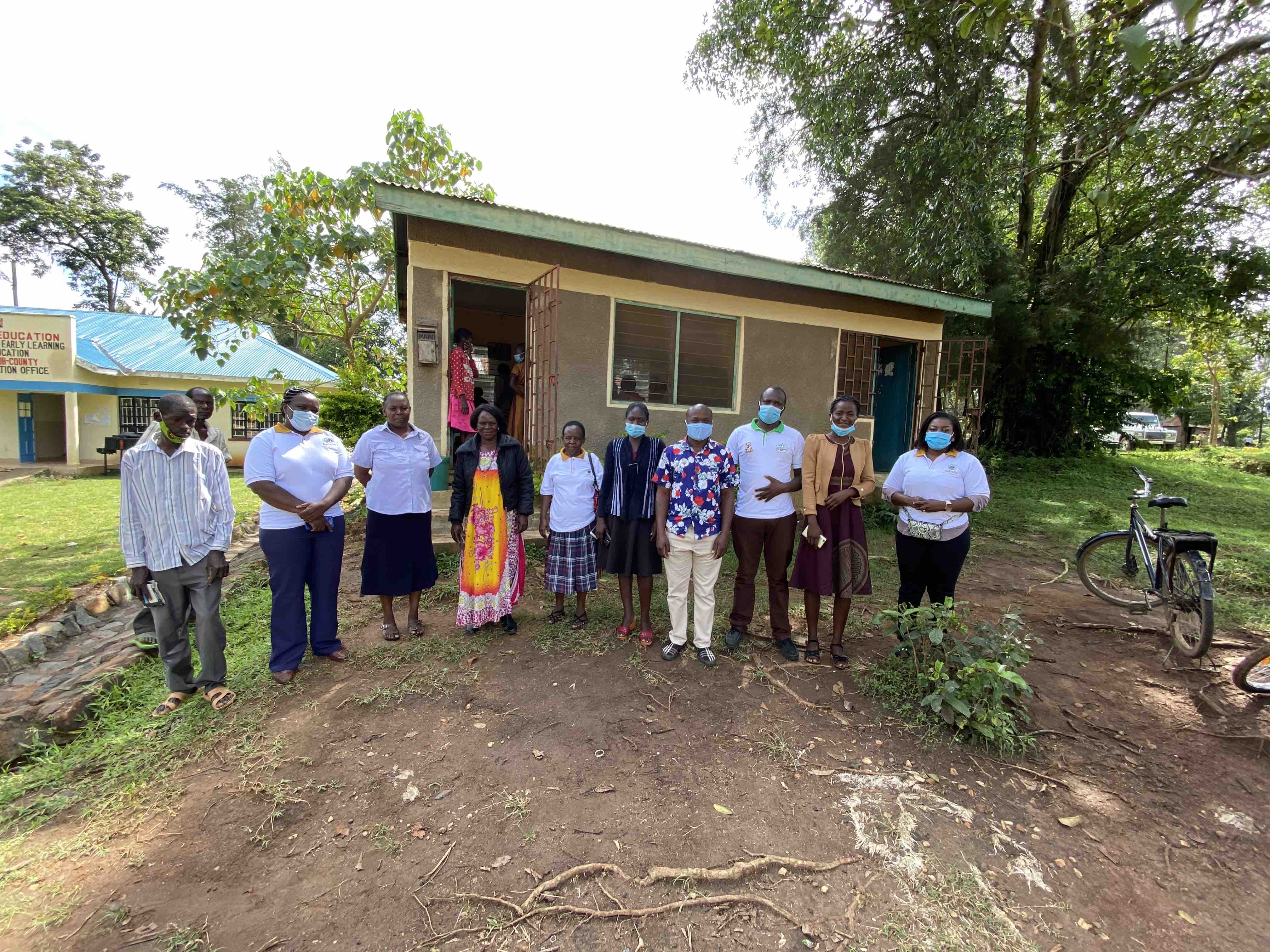 There is also a change in farmers’ financial literacy, particularly among female farmers. It shows that they can expand their source of income. In addition to that, they can dedicate more time to their family and community.

The usage of AgUnity not only improves the livelihood of farmers but also the relationship between farmers and traders, as well as between traders and retailers. After six months of using AgUnity both farmers and traders expressed their satisfaction. Traders said that they no longer forget to pay what is owed to farmers.

In addition to that, 90% of users agreed to buy AgUnity phones that were loaned for the project and the remaining 10% spent $10 USD less on a lower quality phone loaded with AgUnity app. On the other hand, from the customer’s side, it increased the affordability and availability of AIV.

Overall, the AgUnity platform gives benefits not only in terms of farmers’ income but also to strengthen community farming practices. The most important thing is the contribution to food security in Kenya by mainstreaming the consumption of AIV which contains highly nutritious vegetables in low-income households. 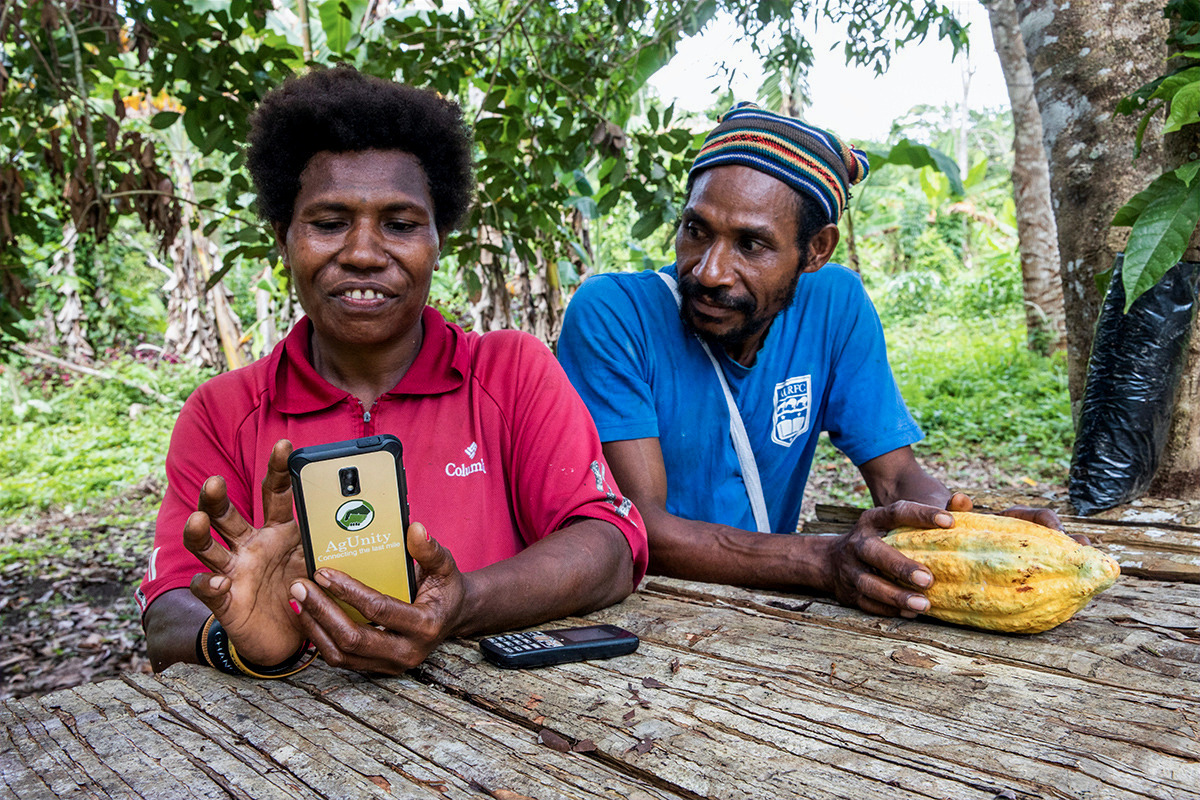 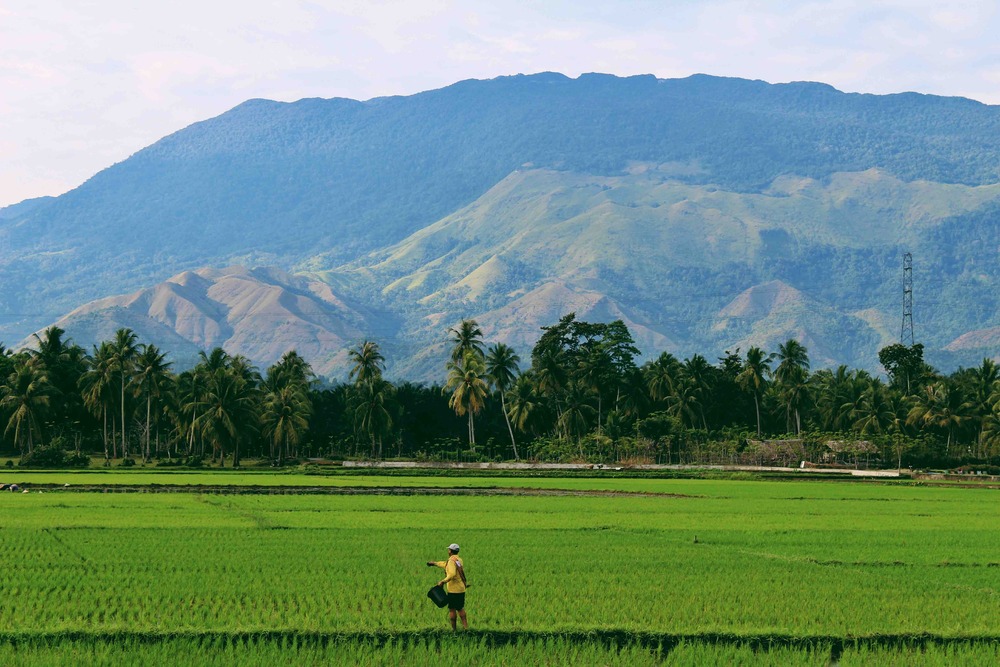 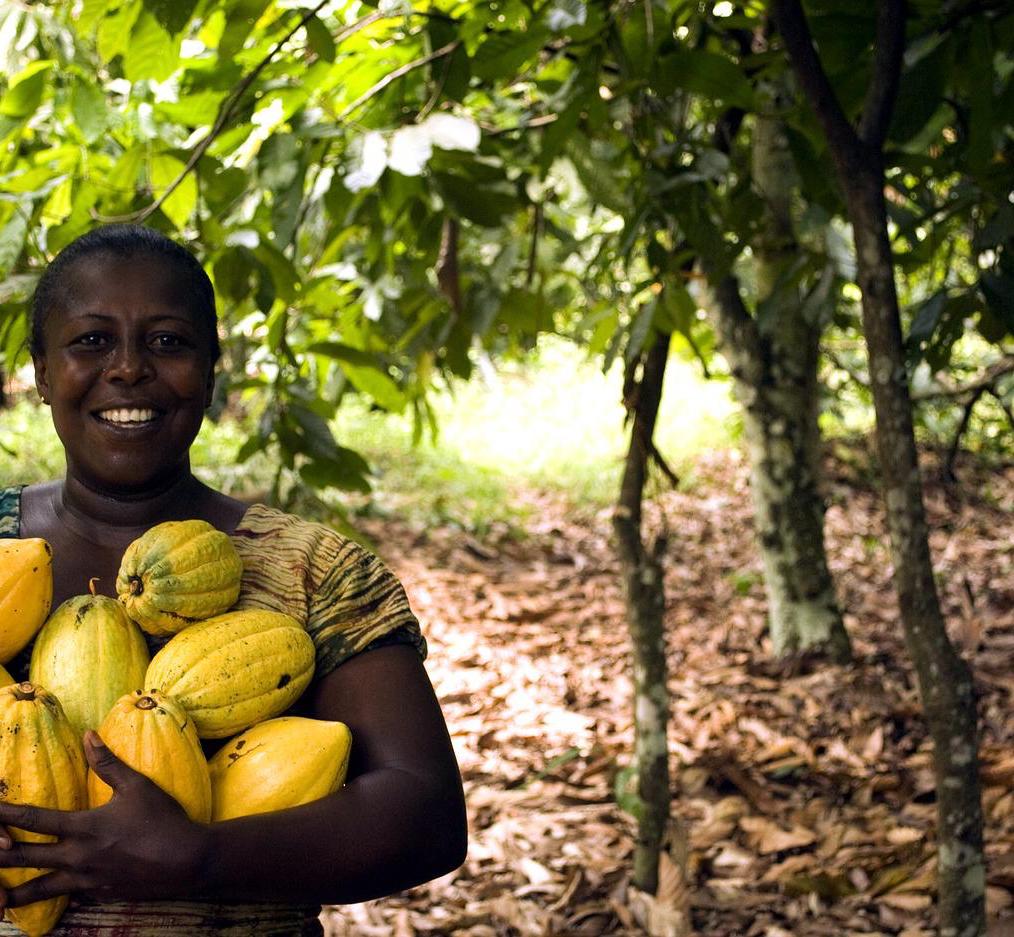 The Last Mile Blog
Digital Solution for Women Smallholder Farmers in Ghana: The Collaboration between AgUnity and Beit Farms