Our program coordinator Nurvitria shares her experience from the first visit to Jimma Region in July 2019.

Reflecting on our baseline research

It has been three and half months since we visited Jimma for our baseline research, sitting with farmers in their house, talking about their daily lives and challenges. Our local field researchers also conducted similar research specifically in Agaro region. We have collected feedback and insights directly from farmers, our primary users, and used that to develop and customize the AgUnity app and our partner, Katta Mudega Cooperative Union and Hunda Olii cooperative unit were ready. We are excited to finally deploy our smartphones and app.

Our trip was delayed; the coffee fresh cherries were not ‘red enough’ to be harvested and due to social conflict, the UN office put a travel restriction in Oromia region. But once the travel restriction were lifted, we book our tickets and fly to Jimma; we were chasing the harvest period that only lasted 2-3 months a year.

Prepare all the phones

The day we arrive in Jimma, Jerbos (our beloved Stakeholder and Field Manager, who we nicknamed Uncle-King for his charms and resourcefulness) arrived with 2 local interpreters and 110 android phones. For the next 2 days, we set up the phone, download the apk file, share it and install the app to all the phones. It was not a simple task, mainly due to spotty internet connection that we need to finalise the installation.

During these two days, we also meet other partners that will participate in this ‘pilot’: Anwar Jihad who will buy dry beans from farmers and Enara who will supply sugar and fertilizer through our AgUnity app’s Market Place function. The AgUnity app, during this deployment, will not only used for handover of beans and cash payment, but also allow farmers to purchase goods from the app itself: this will ensure that farmers get the goods that they need at an affordable price. Introducing the additional buyer, Anwar Jihad, to farmers in Hunda Olii cooperative will give more options for farmers to receive a better price, as Hunda Olii only purchase the wet beans. Anwar Jihad will send his officer to participate in the training conducted in Hunda Olii.

Training the officers and farmers 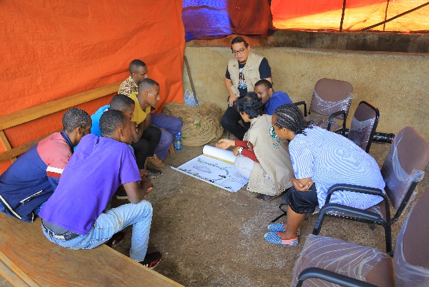 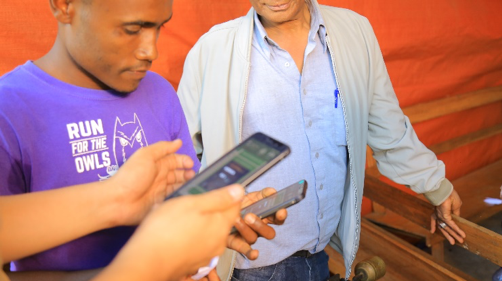 We started the deployment training with the coop officers, as they will help us to facilitate farmers trainings and assist the farmers during the implementation. We introduce the general concept of data and blockchain, and briefly explain the current functions and future potential benefit of our solution, especially on the traceability benefit. We then continued with demonstration of the app’s functions, and have the officers use the app themselves.

At the end, we asked their feedback on the app, ‘is it too difficult to understand? Do you think the farmers able to use them?’ After all, the officers are also coffee farmers from the area and know best their farmers.

Their answer was positive, ‘the app is simple enough that with little training, they will be able to use them’. 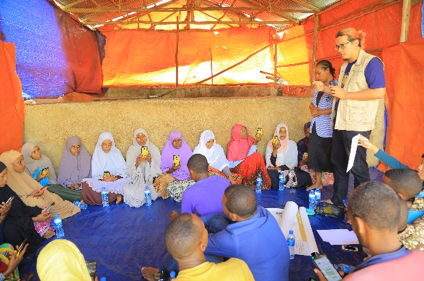 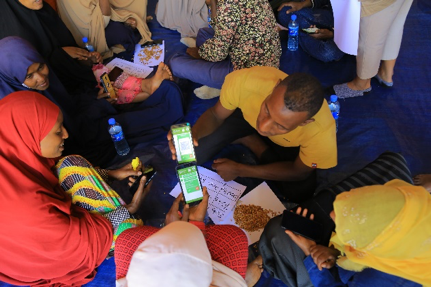 Left: AgUnity's Impact Officer explaining purpose of this project to the farmers.

Right: Local coop officer demonstrating functions on the app to the farmers. 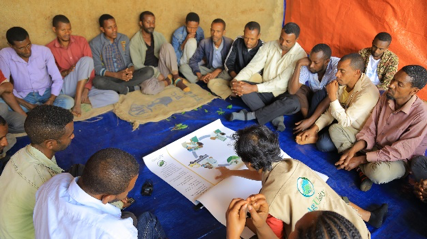 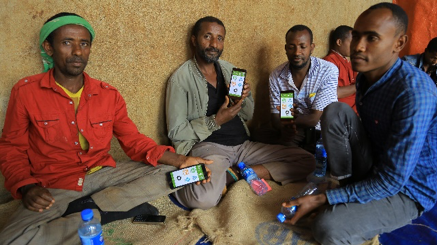 Left: AgUnity's Program Coordinator explaining the functions and benefits of the app for farmers.

Right: Farmers showing their understanding of the app based on coop officer's guidance.

The next day, we repeated the same training processes with female and male farmers with some adjustments. This time, the local young coop officers were the one who train the farmers, as a part of our efforts to empower the local officers to be our extension, AgUnity Champions. Before demonstrating the app, the farmers were familiarized with the basics of smartphone. They knew what a smartphone (or as they call it, ‘touchy’), but most never use it before. Once they feel comfortable with the swiping and tapping the phone, we introduce the app functions and let them try it out themselves, with the local officers walking through the app multiple times until everybody understood.

We received a lot of crucial feedback from the farmers. They think that the big, distinct, colorful icon are helpful for them; despite some of farmers are illiterate, they still can understand and remember the functions of each icons. Elder female farmers asked us to allow them to occasionally let their son and husband to use the app during handover of wet beans as it’s difficult for them to walk to the cooperative everyday during harvest season. Initially, we design the app to be used only by the selected farmers, but we are coordinating with cooperative and monitoring the implementation closely to accommodate this.

Some farmers said that ‘the app will help them so they will not lose their receipts anymore’, while other said that ‘we could save our money here’, by not cashing out the receipts but keeping it safe in the app’s wallet function. The farmer explained that if they use paper receipts, they will feel afraid to store it too long as they might lose the paper, while the app will store their receipts safely. This is very interesting, as we did not explain this ‘benefit’ to them, but something that they came up themselves; a solid indicator that they do understand how the app works.

On our last day, we distributed the phones that each has been labeled with unique AgUnity ID. Each phone can only be used by designated farmer, who will enter unique PIN code to their phone. If they enter the PIN to another farmer’s phone, it will simply not work.

Manager of Katta Mudega explaining the purpose of the project to farmer members of cooperative.

Before the distribution, manager of Katta Mudega visited the cooperative and talked with the farmers directly, enforcing his support and encouraging farmers to participate in the project. Afterwards, we took a picture together and distribute the phone one by one. Unfortunately, at the end, we realized that we mislabeled and switched two phones! Almost all farmers have went home, and we were dreaded with the possibility that we might have to call few farmers back to re-check the phones.

Panicked, we told the officers about the switch up. They quickly call some farmers and told them to enter their PIN. “If they can enter their PIN, it means they got the right phone”, explained one officer. We were relieved, and also glad. Our mistake has turns into a meaningful feedback for us: at the very least, we have a proof that the coop officers are now equipped with basic understanding of our app and able to support the farmers in using the app.

We are very keen to visit again, we would love to hear farmers and officers’ experience in using the app, their challenges and ideas to further improve the app. After all, this is why AgUnity work closely with farmers in developing the app: true solution could only come from close collaboration with the farmer themselves.

For any questions please email: nurvitria@agunity.com